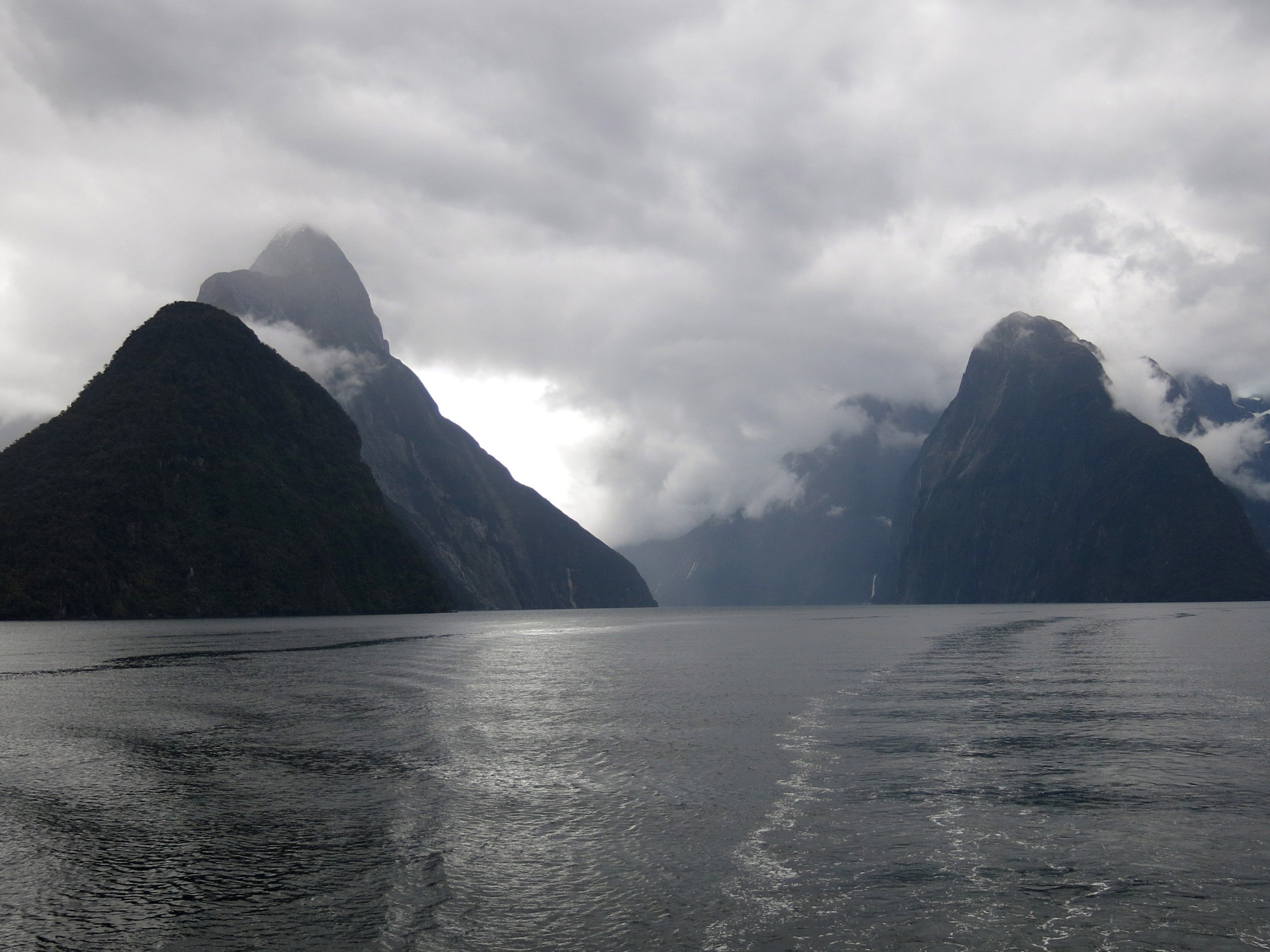 Greetings fellow friends, fiends, felines, furbys and fair folk! Kia Ora from my current base station of Queenstown, NZ. Popping in to give you a quick update/rundown/side something of my current happenings. First off, here’s a picture of some seals:

Anywho, things have been apoppin’ here in the adventure capitol of the world. After deciding to risk ruining a perfectly good pair of jeans last week going paragliding,  I decided this week I wanted to do something a little less dramatic in the “guts” department.  Going to a fjord should fix that, right?

SPOILER ALERT: It fixed it. Big time. Myself and a few other wondering peeps found our way down to Milford Sound, where we embarked on a 3 hour cruise throughout the “sound”.
Correction: It’s called Milford “Sound” because of the incorrect use of the name “Sound” becoming so regular that it stuck. Milford is actually a “Fjord”, a body of water connected to an ocean or bay (Tasman Bay) that was carved out by a glacier, not a river.
Yup yup.

Meanwhile, back on the cruise! We settled in early and I (unsurprisingly) found my way to the ship’s kitchen where I indulged in some not-to-shabby Indian food, which consisted of curry, pita, fruit, rice, and these hotpocket looking things. Quite tasty!

The ship then embarked for its usual daily round throughout the fjord, stopping at select places along the way to present the passengers with great photo opportunities. It was an overcast day however, and with us already being at a high altitude, there was rain/heavy fog/mist/waterfalls/shit all over the damn place. This of course, made it hard to get some decent photos without getting water onto your lens. That didn’t stop me however!

The ship eventually snaked its way all the way through the fjord, and even went a wee bit out into the Tasman Sea. The SECOND we crossed into the sea, the weather changed instantly. It went from the cloudy, foggy mess that fjords usually are, to a bright, almost cloudless blue sky. It was unreal.

After heading back into the fjord, we went and stopped to look at those ‘oh so cute and lazy’ seals pictured above, before heading back to the bay to dock for the day. On the way back to the dock however, I was filming some stuff (as I usually do) when the ship hit the wake of another passing ship. The initial shock from it bumped me off my railing I was leaning against, and threw me to the floor……into a puddle of water. After realizing that I only suffered some scrapes on my hand and a bruise on my ass, I noticed the camera was still rolling. I looked down at my camera, then back up at my fellow starstruck passengers, before announcing with excitement “it’s still rolling, haha!”.

Footage to come next week.

If you’re EVER in New Zealand, please do yourself a huge favor and visit Milford Sound. It’s an absolutely beautiful place, and one of the few places in the world where you can view a true fjord. I’ve got a decent handful of pics from Milford on my Photos page, so be sure to check them out!

Welp, that’s all I got for this one. Be sure to scope out the Photos page for an always updating list of pictures, and stop by the home page every now and then for future updates!
As always, stay frosty, and Kia Ora from Aotearoa.